During the month of December the As You Change So Do I Culture Wall featured artist Dick Jewell’s projection piece Four thousand threads.

Dick Jewell’s artistic practice began with photography and how it influences and informs society. Jewell’s work focused on how photography is used throughout life, from family albums to magazines and newspapers in editorial and advertising. These subjects went on to influence his later work in print and film.

Dick Jewell talks about his project for the Culture Wall.

Q) How Did you get involved in this project?

A) “Mark Titchner offered me the opportunity to participate in the Luton Investment Project ‘As You Change So Do I’ utilising large-scale video projection, having seen my most recent book ‘Four Thousand Threads’. He explained that one of the main concerns was to do with language and how this relates to online image searches.”

Q) Tell us a bit about your book?

A) “My book had come about in consideration of the development of digital technology giving us the opportunity to capture every possible moment and how sharing these images online affects communal behaviour, both in the images we choose to snap as well as how we act; to emphasise this every image is presented in sequence, the gap between one image and the next to be seamlessly bridged by the viewers own perception.”

Q) How does your book link with this project then?

A) “It made perfect sense to me that this would work as a projection in a public space as it’s directly concerning folk culture through the mimetic spread of imagery, society’s compulsion to imitate, whilst at the same time embracing language in the three components of rhetoric inventio (the selection of matter or elements), dispositio (the arrangement of those elements) and elucutio (the style of presentation). To this end I produced a film, ‘Three Thousand Threads’, for projection onto Luton’s Culture Wall.” Dick Jewell

Dick Jewell graduated from the Royal College of Art (Printmaking MA) in 1978 and has gone on to develop an extraordinary career as an artist/printmaker and filmmaker. His studio practice utilises film, video, and photography and also explores photographic and digital anthologies via photomontage and animation. His working practice is diverse, he has published three books and his films have screened extensively within both film festivals and art galleries, while he still continues to work commercially as a cameraman within both the fashion and music industries. Dick has special interest and responsibility for the digital, photographic and moving-image media. 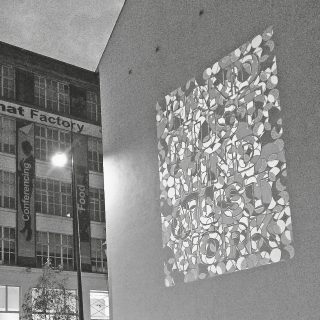 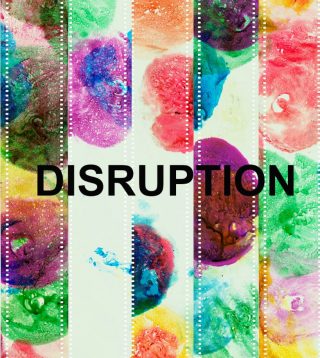 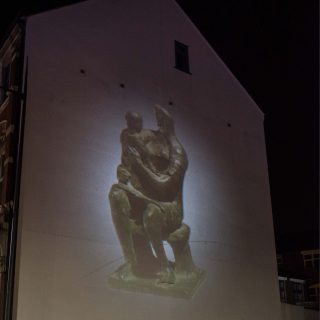