Welcoming our guests with drinks at Connors, the inauguration of four new projects for ‘As You Change, So Do I’ began with a walk to the Polly Apfelbaum’s billboard, located by Luton Rail station, led by a delightful accordionist. Accompanied by mini mince pies and bountiful beer, curator Andrew Hunt outlined Apfelbaum’s politically-charged themes for ‘Any Dream Will Do’ whilst we looked at the beautiful colours. Occupying the billboard until 1 January 2017, Polly addresses the fact that handwriting is dying out due to the influence of handheld digital devises, and the painted emblems aim to address the wider context of art education for local audiences. Polly’s other poster works for the project, ‘Pataphysical Dog,’ ‘A is for Animals,’ and ‘Celtic Animal Zodiac’ were handed out as unlimited editions. A limited print of ‘Pink Giraffe’ will follow.

The part we’ve been eagerly awaiting arrived at 7pm when we gathered around the ‘Beacon‘ for the grand switch on! Marie Kirbyshaw, Luton Culture’s Chief Executive, introduced the piece and our lead artist, Mark Titchner, who proceeded to tell us about the incredible journey from concept to installation. Counting down from ten, we gazed in awe as the Beacon was illuminated – commanding Luton that ‘if you can dream it, you must do it.’

From our dreams to Sarah Bakers, we were guided into the Storefront for an indulgent installation; Sarah Baker created an ambient fragrance experience called ‘Sixth Floor,’ in which genuine perfumes were available to taste. Human embodiments of the scents, in the guise of uniformed assistants, sold the scents in the interactive performance which generated an immersive experience of a luxurious perfume shop. 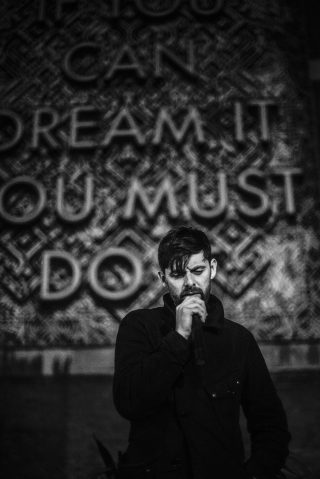 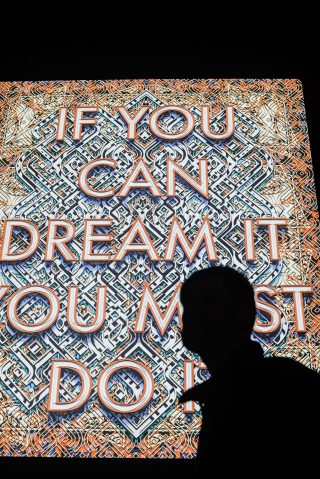 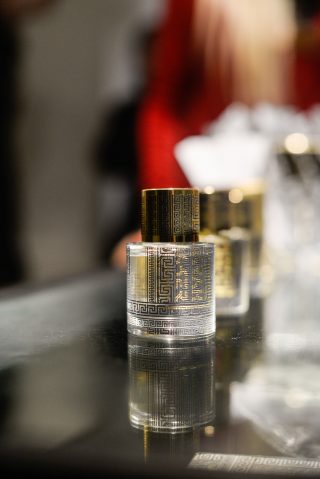 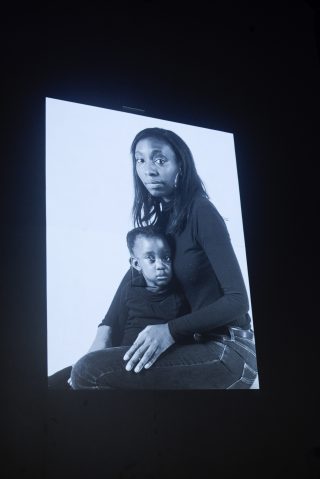 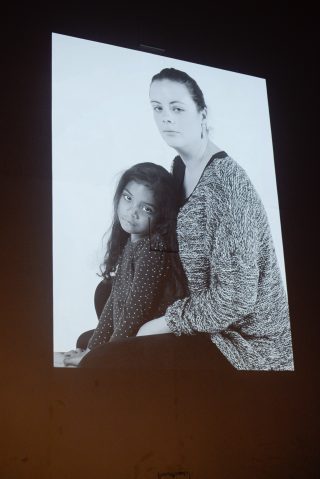 Finally, the Culture Wall enamoured all with projections of Jennifer West’s rolling films. For over ten years, Jennifer West has gained international recognition for her explorations of materialism in film. Her commission for ‘As You Change, So Do I’ saw four works featuring words taken from corporate tech slogans such as “Disruption” and 18th century Dutch sayings “Expect Even Better.” Following this, Scott King’s ‘Mother and Child (Luton)’ images were shown, attended by the mothers themselves. The photographs looked magnificent and will continue to show until Christmas.

Flushed with the success of another launch for ‘As You Change, So Do I,’ we can’t wait for the people of Luton to engage with and enjoy the artworks for this season.

New commissions for December 2016
The second set of projects due to inherit the Culture Quarter's spaces including the Culture Wall, the Storefront, and the Billboard, will launch on Friday 9 December.