Jewell is a photographer, print-maker and film-maker but also a collector and archivist of images. Fascinated by the ubiquitous, but actually quite poorly understood, medium of portraiture, Jewell trawls the internet to create an individual visual language in which dissonant images and unexpected combinations challenge our assumptions.

In Pause, Poise, Pose Jewell presents a series of large-scale photomontages which explore the underlying continuities and similarities between contemporary smart-phone photography and the poses and status concepts of classical portraiture and classical mythology. As evidenced in Memetic Desire (2016) – an amalgam of hundreds of poses adopted by Calvin Klein models in advertising campaigns, and in selfies made at home and in department store changing rooms – ‘the pose’, adopted in contemporary portraiture and “selfie” photography, is a tradition which goes back as far as Greek mythology.

Historically portraiture has always placed the sitter, their clothing, jewellery and other status symbols centre-stage. Pause, Poise, Pose offers a veritable smorgasbord of images which ask searching questions about idolatry, race, gender, the iconography of class and status and about humanity’s intrinsic narcissism. Ultimately Jewell’s conjectures on portraiture are about identity, who we are and perhaps who we aspire to be.

Dick Jewell graduated from the Royal College of Art (Printmaking MA) in 1978. Trained using traditional analogue photographic media, Jewell’s career as an artist has developed over the last 40 years in lockstep with the digital innovations that have revolutionised and democratised photography and portraiture, fundamentally changing the ‘craft’ of photography and our attitudes to its permanence and disposability. His studio practice is diverse and utilizes film, video and photography. He has published three books and his numerous films have screened extensively at film festivals and in art galleries. His work is also in the collections of the Victoria and Albert Museum, The Open University, the Stedelijk Museum, the Froebel Institute, the Hayward Gallery, Leeds City Art Gallery and Arts Council England. He teaches at the Royal College of Art.

Pause, Poise, Pose is organised by Departure Lounge in collaboration with Luton Culture 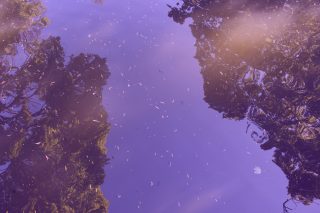 New Commissions for Summer 2017
You are invited to 'As You Change, So Do I's' new commissions for summer, including work from artists Jeffrey Dennis, Yuri Pattison and Abi Spendlove.